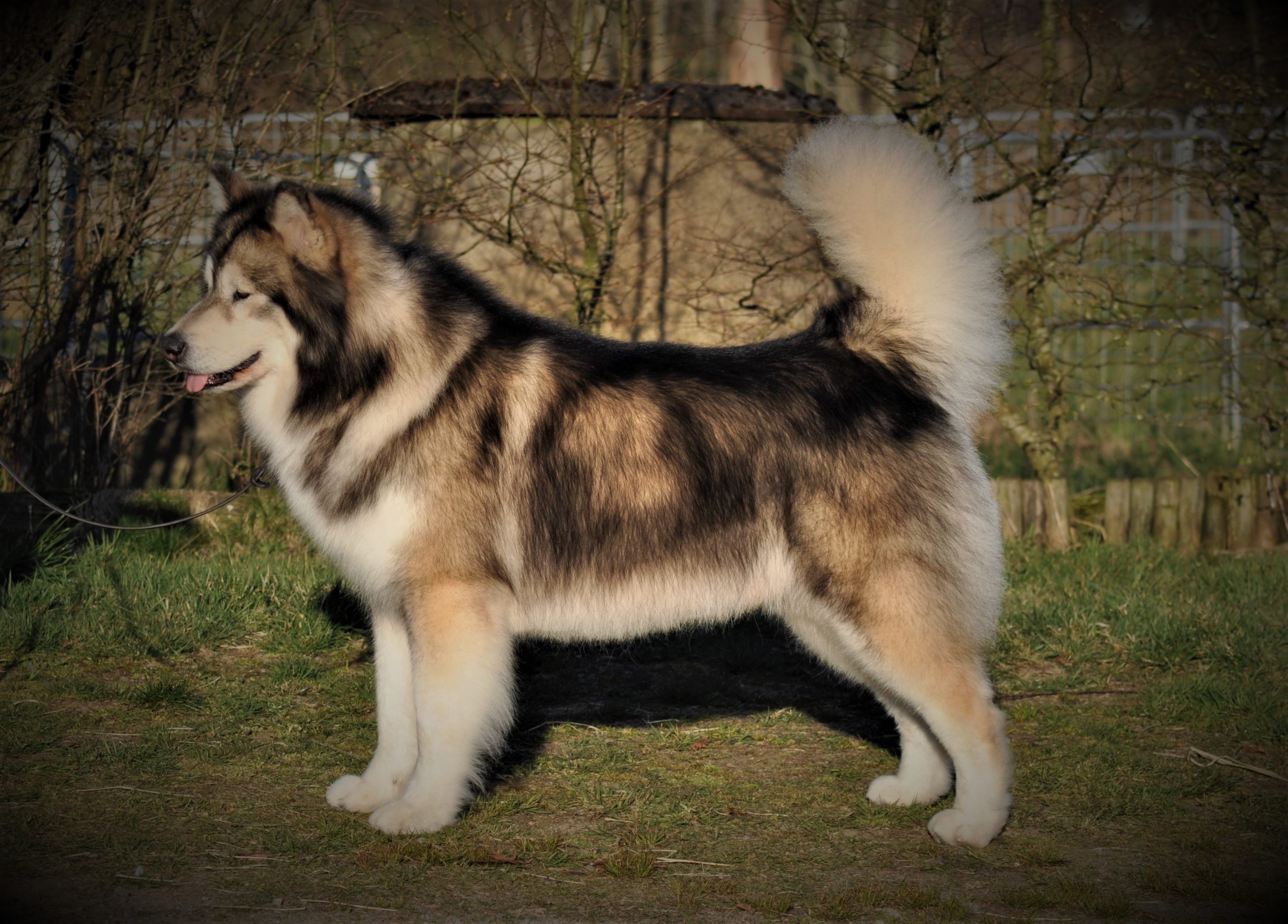 Dexter was born the 2nd october 2010 and he is from our very first Alaskan Malamute litter. This litter was made between Shannuq’s Magnificent Mixi & CH Asim Polarni Usvit. This was also Asim’s first litter in Sweden. The combination between Mixi and Asim proved to be really successful where the offsprings has got really nice expressions but foremost super temperaments. They are very social and outgoing.

Dexter is super social and he loves people and other dogs. He is a quick learner and he loves to do different kind of activites together with us. He truly is a teddy bear. He has some really nice working ethics and he loved to be a part of the mushing team during his younger years. He is also very good at bloodtracking and Working pack dog. He is a multi champion and veteran winner. Now days he is retired and enjoy life as a senior.

Dexter got his first litter 2015 with our import female from England, Multi Ch Malamaison Hot Gossip. They got 5 puppies in total. We did a repeat breeding in 2017 where they got 3 puppies. He also have a litter of 9 puppies in Norway. The majority off the offsprings has been clear on their health tests, they have nice constructions and what I value the most, loving temperaments. Today Dexter is retired and enjoys his life as a senior. Dexter has 2 kids that are champions today, where his daughter Lilly is the topwinning Alaskan Malamute through all time in Sweden.