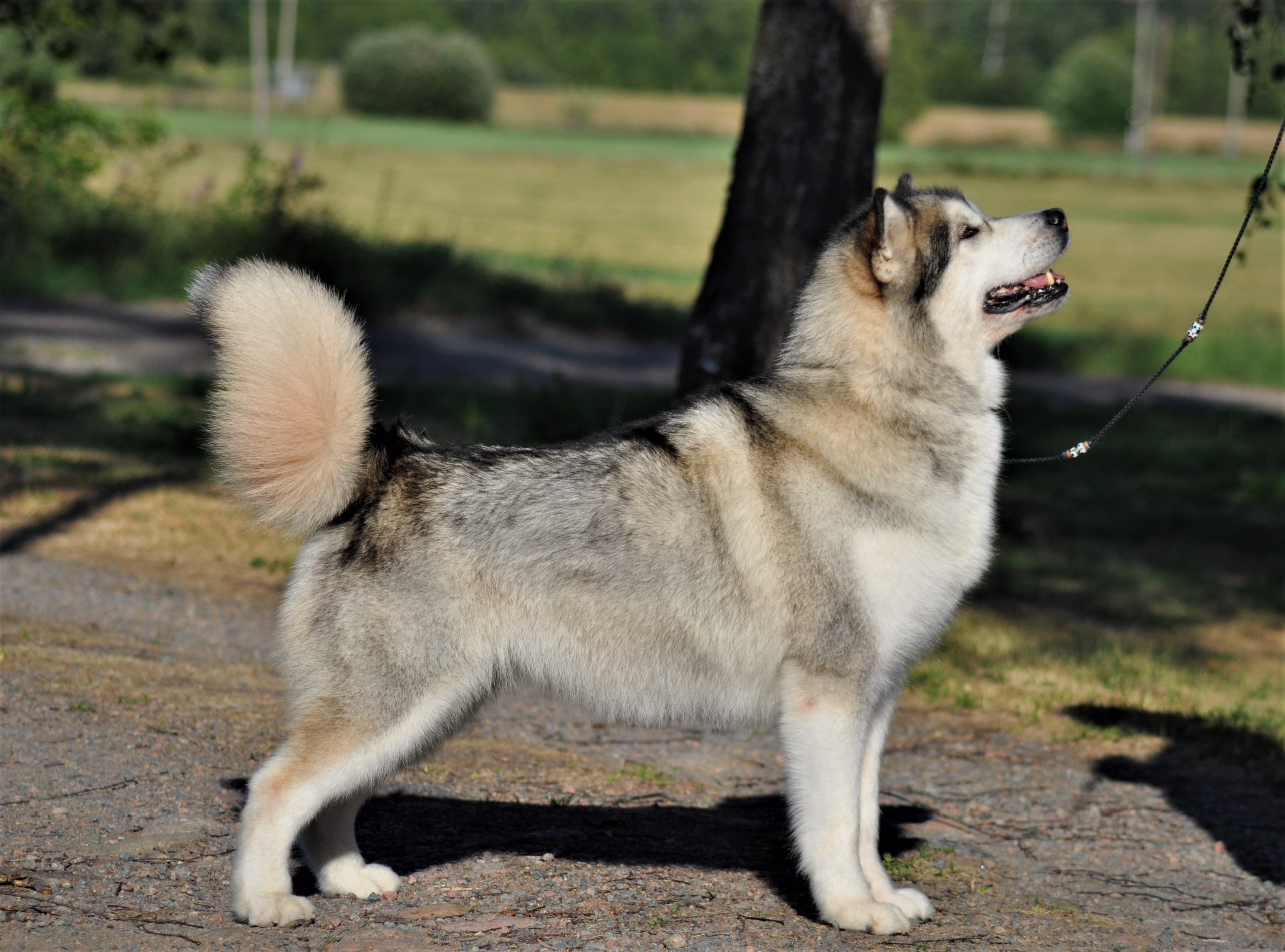 Zera is a dog we imported from Englad together with her brother Zorro. She is after Multi Champion WW.BIS.BISS Lord of the Rings Appalacian. He has been very successful with several BOB and also at Cruft’s in England. There are some very interesting dogs in her pedigree and we are proud to have her as a part of our family and breedingprogram.

At her very first puppy show she was rewarded Best In Show puppy. We qualified her to Crufts in 2013 where she was rewarded 3rd best female puppy. A very proud and happy moment. As an adult she is a multi champion and with several winner titles, just as her brother Zorro. Zera has been a part of our mushing team and she also has an approved working pack dog title.

Zera is a strongminded female and she loves to talk. She has a lot of power and loves to work. She is very well constructed with a feminin expression, strong bones, good tailset and typical movements. She is the alpha female in our pack and she is not so interested in interacting with our own dogs. As long as she have us, her people, she is happy and content.

Zera had her first litter in 2015 together with our own male Spotty Dot’s Armani Attitude “Dexter”. We kept a daughter out of this combination, Spotty Dot’s It’s A Bear Thing “Lilly”. Two kids out of Zera and Dexter is champions! We were so happy with that breeding that we did a repeat breeding in 2017. Now days Zera enjoy life as a senior.